The 1.05 patch was released by Team17 shortly after the game's original 1997 release.

The patch disk issued by Team17 updates the two retail releases of the game to version 1.05. You can find out what version of the game you are running by typing VERSION on the Main Menu (although if you are running v1.05 it will display the version number once the game has finished loading anyway, so this is not necessary). The patch was not made available via magazine coverdisks or via online Amiga file resource AmiNET, as was the usual method of distributing patches at the time. In fact the availability of the patch was not announced at all. Instead, owners of the game who contacted Team17 of their own volition to ask about patch availability would be sent a patched copy of the first floppy disk in the mail.

The floppy disk was later removed from Team17's archives, and in fact some long-standing Team17 staff were unaware of its existence. The patch was discovered online on the website of English Amiga Board user Mad-Matt in a compressed floppy disk format. It was converted to the .ADF emulation standard by Squirminator2k. The patch can be downloaded from Dream17.

Due to time constraints, WormsDC was shipped to retail with several features unimplemented and a handful of irksome glitches. The majority of these were fixed with the patch, however some were not remedied. See Tricks and glitches (first generation) for a complete list of unfixed bugs.

Prior to the game's release, Amiga magazine CU Amiga included additional content for the game on one of its covermount CD-ROMs. COntent included the FMV sequences from the MS-DOS, PlayStation and CD32 versions of Worms, ambient CD audio from Worms and Worms Reinforcements, and additional landscape and mountain sets. The original intention was for a variable in the WormsDC.info file that could be toggled to detect the CD-ROM and use the content. Unfortunately, the feature was not ready by the time the game went to retail and was removed entirely. Despite the ReadMe file for the retail release of the game promising this functionality being incorporated in a future patch, this never materialized.

It is still possible to use the additional landscapes and mountains by copying the relevant files into the relevant drawers (folders) in the WormsDC install directory, and the FMV sequences can be watched using the included Play program. However, the FMVs and the CD audio cannot be used in-game.

In 2007 Andy opened the ibar, a very classy geek-friendly bar/nightclub centering around state-of-the-art technology and independent music. Since then he has made numerous allusions to an ibar remix of WormsDC. He has no plans to make this version of the game available to the general community. With the closure of the ibar in 2011 this version is unfortunately no longer accessible. 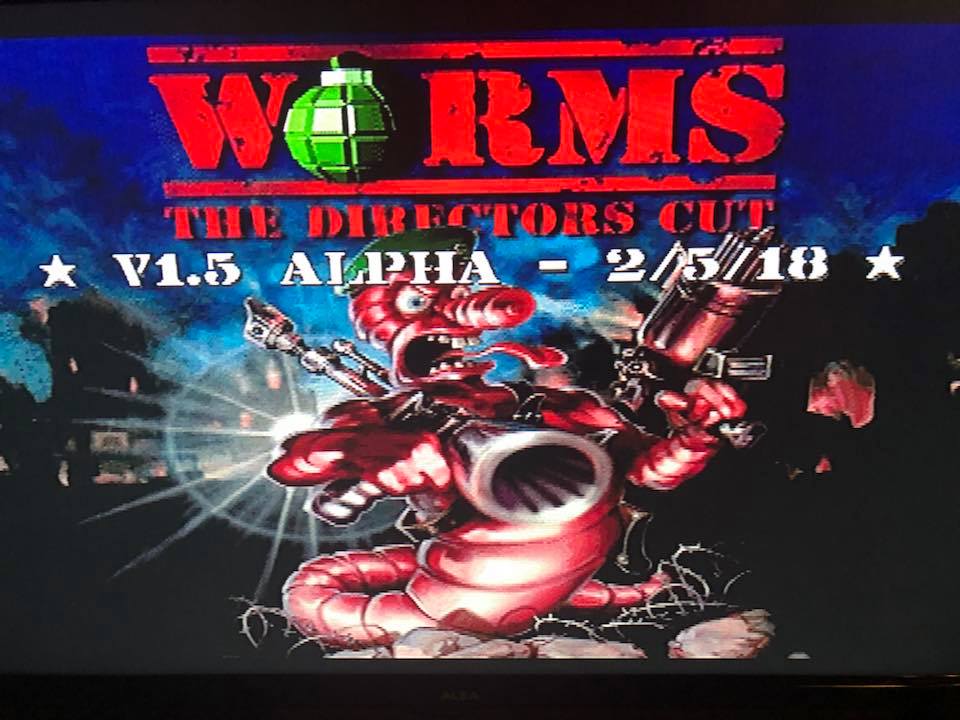 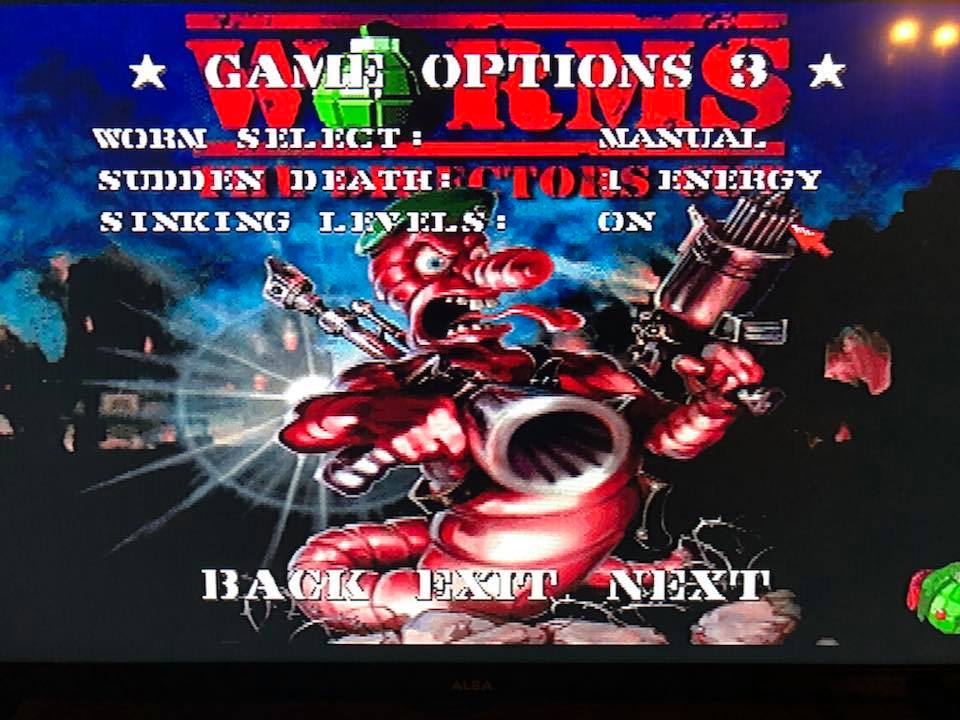 On June 1st, 2018, Andy Davidson posted a screenshot of the WormsDC title screen bearing the version number "1.5 Alpha" and a build date of May 2nd, 2018 to his Instagram page. A further screenshot was posted to the "Commodore Amiga" group on Facebook showing Worm Select options and options for Sudden Death including "Sinking Levels", which suggests the terrain may sink - a mode for Sudden Death introduced in Worms 2. Andy later made a post to a French Amiga group on Facebook confirming "options for Worm select (pick up which worm you want to use), sudden death options, and sinking levels."

As yet, no release date has been set and no further features have been announced, though in the same post on the French Amiga group Davidson confirmed it would release "soon." As far back as 2007, Andy had previously alluded to the possibility of a hypothetical future update including features that appeared in other Worms games such as retreat time, as well as features that didn't make it into other games in the series.