(Redirected from Golf)
Jump to: navigation, search
(Up to Schemes) 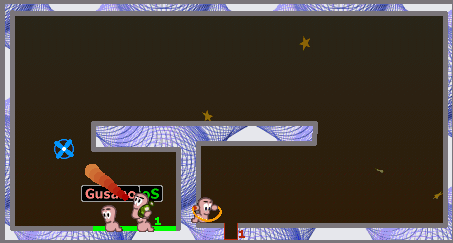 The origin of the scheme is unknown but it has existed since 2004 at the latest, when the first known map for the scheme, authored by GARG0YLE, was uploaded to the Worms Map Database in September of that year.

The scheme has featured consistently in competitions, featuring in most years of the Worm Olympics from when it started in 2006 to when it ended in 2016, and in cups and tournaments hosted on The Ultimate Site between 2011 and 2016.