Jump to: navigation, search
(Up to Community)

WormsQuoteDatabase (also known as WQDB in worms terminology) was originally set up by Rioter in 2008 for wormers to submit quotes. The WQDB was designed to be similar to the global Bash.org Quote Database, but for the use of the Worming community. 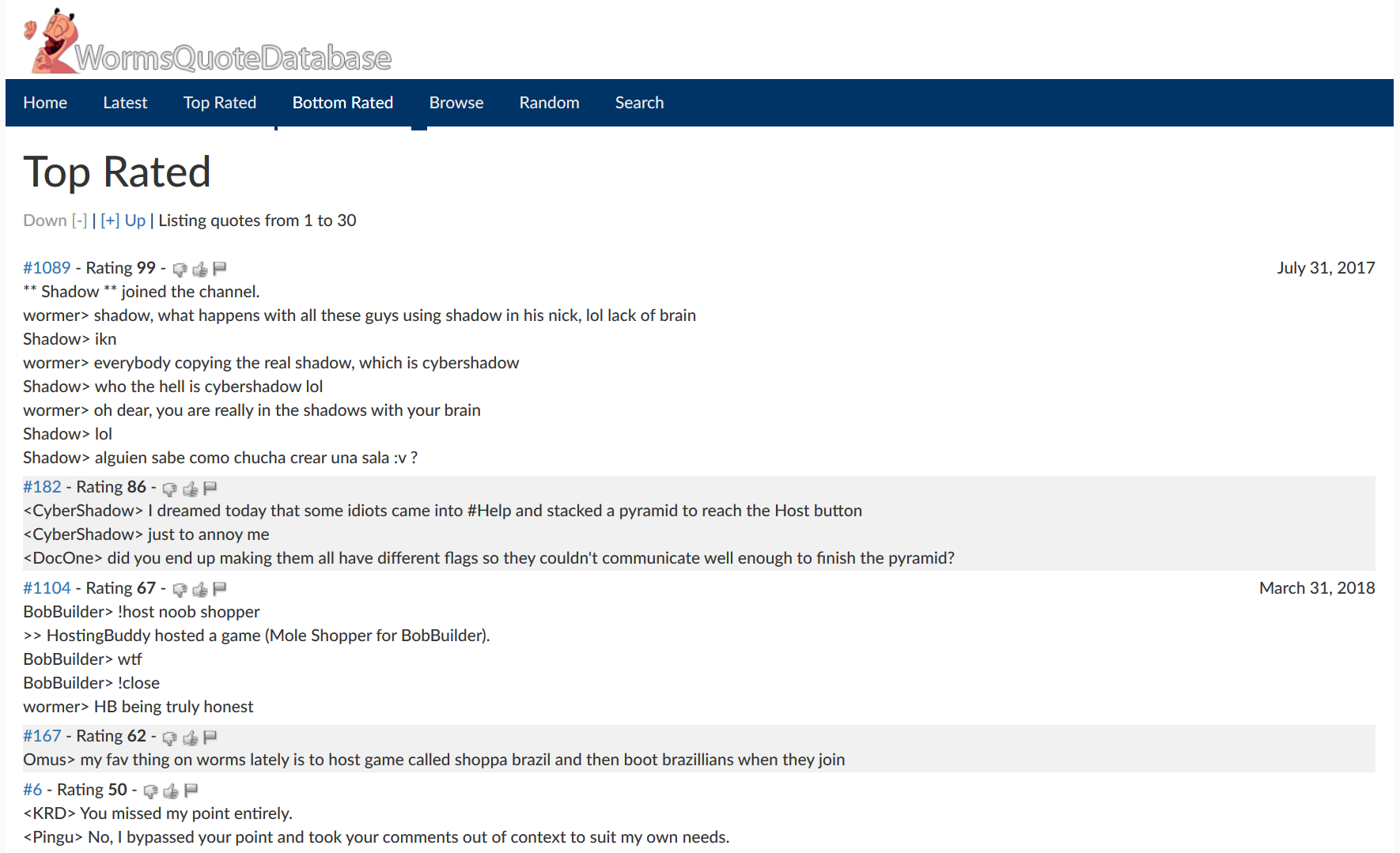