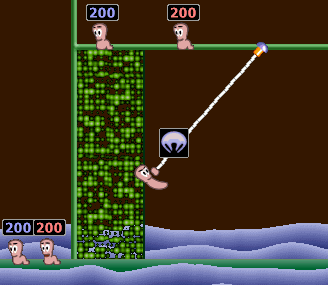 The scheme has featured consistently in competitions, featuring in every year of the Worm Olympics from 2010 to when it ended in 2016.